Stress and its effect on life (and coming through it). 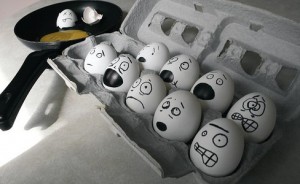 Stress…a word we use a lot in our society today, maybe perceived to be being overused in some contexts, yet in others not expressed out loud at all because it is not OK in some settings to admit that you are stressed and in addition, all sorts of assumptions go hand in hand with any declaration that you are stressed, which may not be beneficial to you in the workplace.

I read an article recently which said 75% of all GP appointments are related in some way to stress.  75%.  That is amazing.  Why are we so stressed in life?

It is the release of stress hormones that set off a physiological response, which was initially designed to be short term to protect us, but in reality many of us remain in a constant low level stress response which has numerous adverse effects on our health, including lowering our immune system and risk of heart disease (to name just two). It also stops us thinking straight, making it impossible to make wise decisions, but because at any one moment it is manageable, we don’t realise the effect it is having.  You may be surprised to know that long term low level stress is more dangerous to our health than an acute, short term large stress.

What does this mean then in reality?  How does it play out in life?

For six years in one work environment, I worked in a setting which was extremely stressful.  From power games and egos, to being shouted at one month to being ignored completely then next, to being excluded and left out of things, to being left with menial roles, while watching others doing what I used to do – resulted in long term stress.  I can say now, I let it get to me.  I let the hurt and I tried to influence things and people I was never going to have influence over, which only added further to my stress levels.  I can only describe it as a downward, painful spiral I wondered if I would ever get out of.

I had to make a choice, to walk away (which is what I believe they wanted) or to carry on supporting my family until I could leave with security intact, or to find a way to cope and to thrive against the odds.  I decided to stay and be successful despite the conditions, to keep paying the mortgage and to complete commitments I had which required me to work in a certain type of environment.  I also felt that it was unfair in some way if I had to leave when I had nothing but an exemplary work record and excellent evaluations.  It wasn’t fair!  I wasn’t ready to let that go – because of the behaviour of a few individuals.

I read David Rocks work on the SCARF coaching model and saw the research which showed me that the actual or perceived loss of status has the same physiological response as physical pain in the brain.  That unfairness also generated a similar response.  No wonder it hurt.  No wonder it was hard.  I wonder when, as a society knowing that, would mean that such poor workplace practices might be deemed to be assault, like hitting someone, if the brain response is the same…wouldn’t that open a real health and saftey can of worms!

So how did I come through that and start to shine again – start to move things in a positive direction again?

I used my own skills of NLP to try to deal with my responses, which had some short term gain, but I was struggling to stay positive, to have hope when I had to walk back into that environment daily.  I felt like giving up.  I even started doubted myself….maybe I was crap at my job…

Then I was invited to attend an mBIT Coach Certification course.  I went, if I am honest, to find out about mBIT, I was not expecting to have any personal breakthroughs.  Boy was I surprised.  I got my hope back.  I realised that my attempts to keep my sense of self intact, to define who I was, was itself creating a limitation, a boundary which stopped me growing.  In a moment, that boundary blew apart.  In a moment I felt completely exposed, with no idea who I was…I literally felt an inner wobble….who was I?  I thought I knew, but now I wasn’t so sure.  In just a few moments I realised I could be anyone I wanted to be, there was no limitation, the walls I had built up as I had grown over a decade or so of development had blown away.  The barbed wire I had added through my work experiences to protect myself disappeared.  That too had become an extra barrier to being truly me – a barrier to my growing.  I was liberated.

So I learned afresh how to be me with no limits.  To be able to control my inner state, despite what goes on around me.  To manage the stress I had allowed to get inside my head.  Did things immediately  change at work? No, they continued.  I still had to walk in each day knowing I was not valued or respected.  But now I see it for what it is…stuff outside of me.  Other people’s issues. I don’t need to let it hurt me, or affect me.  At times I still felt the hurt of loss of status, of being deliberately excluded, the injustice, but then I used my balanced coherent breathing to look again at who I am and all I am and I look at what I can do to make a difference in the world.

The choice to move on has to be right.  Weighing up pros and cons people make choices for that time and then reassess over time.  Maybe even deliberately filling any gaps outside of work such as building professional relationships, getting appreciated and feeling valued.

For me I get a huge sense of value and contribution doing what I love to do at work, and through doing what I love out of work.  To be able to train and coach people using mBraining is such a privilege.  And I have learned so much from having to work out how to trust myself, know myself and what I stand for and how to keep going (though for a while I doubted if I could).  While I would never have chosen that path, I am a much stronger and better person for it.  I know about stress and how to manage it than I could ever have learned from a book or workshop – and if I can pass that on to help another person going through a difficult time – I am very happy to do so.

There will always be some people who try to control, overwhelm or abuse people across all contexts.  There will be those who only see you of value if you are contributing to serving them and their desired outcomes.  What we must remember is that those people are in some way limited and small in themselves, lacking in some way, so that they cannot work with others appropriately, cannot encourage and build others or look beyond their own needs.  We know there are a percentage of people in leadership and management who are psychopaths and sociopaths.  You will not change them, don’t try.  Just choose not to get caught up in their drama.  Learn to know and deeply love yourself, to manage your own reactions and to stay true to your values.  While that will not stop those poor leaders doing what they do, it means they have little or no power over you…and that feels good.

Stress and its effect on life (and coming through it)